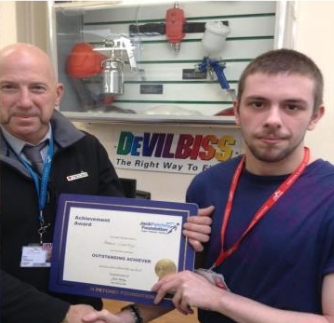 Adam Gentry from Corringham, Essex, won the prestigious Jack Petchey Foundation award.
Adam studied Level 2 Vehicle Body and Paint Operations and was involved with the new national
health and safety campaign which led by the Health and Safety Executive and Essex Chamber of
Commerce.
Adam’s tutor Clive Langworthy (pictured with Adam) praised his outstanding contribution to the
LOcHER project which saw him along with his classmates create posters and videos on health and
safety issues surrounding vehicle paint spraying. 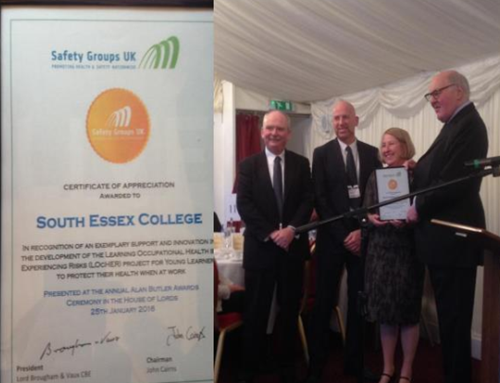 About the Jack Petchey Foundation:

The Jack Petchey Foundation was set up by Sir Jack Petchey to inspire and motivate young people across London and Essex to do their best and reach their full potential.